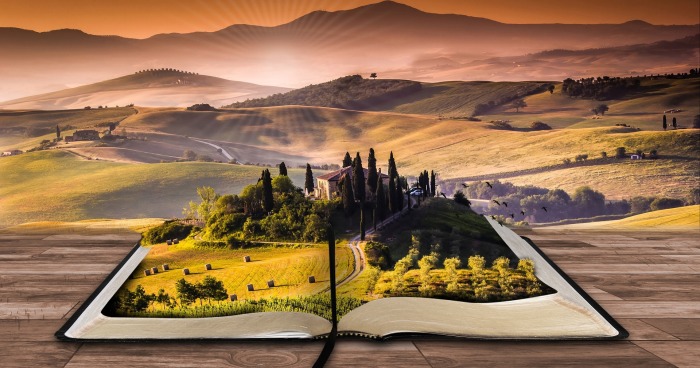 When I was eight years old, I lost a $5 bill on a family roadtrip.

I can’t prove it, but I am somewhat confident one of my eight siblings purloined it when we stopped at a gas station.

Losing a $5 bill as an eight-year-old felt like losing a million dollars. It was crushing. I remember driving along, feeling so upset at having misplaced my money. I left it atop my pillow in the car and when I came back, presto, it had vanished.

A few years later in college, I got a speeding ticket. I had to pay $140. Man, I was broke. And I was pissed. I couldn’t believe I’d lost that much money. I was living off around $6000 a year (thanks to my boys and roommates Tuna and Will splitting the bills thirdsies), and this was a considerable amount of money (precisely 70 of the $2 Meal Deals at Taco Bell).

When I graduated from college I wanted nothing more than to get a job paying $35,000 a year. This seemed like an unfathomable amount of money at the time (nearly 6 times my income in college). When I had my first (and only) interview two days before I moved to the oilfields, I told the recruiter I would take $30,000 as my salary because I was “looking for the chance to learn and build my skills.”

Today, due to strategic application of luck and effort, I make considerably more than $35,000. And thus, I am living my dream financially speaking. If anything, I’m living beyond my wildest dreams.

And yet, I, like so many other Americans, often feel poor. It’s all too easy to spend every dollar in my paycheck (and then some). Somehow I’ve gotten so far removed from the person I was a few years ago that I barely recognize the person I used to be. The person I was at age eight who lost $5 is just a little tiny shadow of who I am today.

There’s this part of me that wishes that were different.

I wish I could go back to when a $5 bill felt like a stupid amount of money. To where every dollar I earned brought me a ridiculous amount of joy (not because I was greedy but just because having money, and the options that came with money, was fun!).

The reason I mention my personal history with money and its shifting valuation to me over the years is that it perfectly describes the hedonic adaptation process we all feel. We get accustomed to new levels of wealth, success, and happiness. When those things come, we re-establish our baseline and our expectations. And then, we quit being excited and thankful for those things in our life.

Many books and writers are all about living your dream life.

But what if you’re already doing it?

What if the life you’re living right now is precisely the sort of thing you would have done anything to gain once? What if you did do anything to gain it, and, in the intervening years, have simply come to treat it as commonplace.

If you have a spouse or significant other, how much did you desperately want to be with them? What crazy things did you do to woo, impress, and win that person? What was it like when the told you they loved you for the first time? Why does it feel like such a little thing when they tell you they love you today?

My wife and I were lucky enough to get pregnant accidentally. It wasn’t the “right time” for us. But when we found out we were pregnant, we were so unbelievably happy. We wanted nothing more than to have our baby boy born healthy. And he was. When my son was born, I remember feeling scared and small when I held him for the first time (feelings he, undoubtedly, shared with me).

It wasn’t the magical moment I thought it was going to be. But it was something better: it was real. And it was terrifying and exciting and emotional all at the same time.

When my son was first born, he popped out and was blue. It took him several minutes to get a good breath. I cried and screamed, “Is he okay?!”

Three weeks later, I was crying again as I spoke on the phone. I was talking to my best friend whose wife had been admitted to the hospital to give birth. He just found out his son didn’t have a heartbeat. And mine did. I wept on the phone with him as he waited for his wife to deliver their stillborn son. The gravity of that moment hit me especially hard. Everything felt so unfair. And so wrong. I was angry at the universe. But there was nothing it owed me. And so there was no response.

And then life continued on.

Whenever I think about my dear friends’ son whose life ended too soon, I feel this immense sense of gratitude for all of the crappy parts about being a parent. I can’t complain about sleepless nights or getting peed on, for example. I can’t complain about bad days when my son doesn’t listen. Because I know from cheaply earned secondhand experience what it’s like to lose a child.

The few times I’ve complained about fatherhood I’ve prayed silently that God would forgive me. Because there are many, many others who do not get to experience the magical treasure that I am now complaining about.

In fatherhood, just like with relationships, careers, money, and virtually anything else people derive meaning from, we often forget the magic in the life we lead right now. The entropic nature of universe desperately wants us to forget that we’re living our dream life. But, in thousands of ways, we are.

At times, the realness of living dreams may make them not seem like dreams at all. Life can be messy and complicated, painful and disappointing. When we’re dreaming it’s easy to overlook all the practical realities of attaining that dream. Our dreams rarely come with the full scope of details and experiences. We want nice, neat, linear stories in our lives and have little patience for setbacks and disappointment along the way. But all of the attainment of anything worthwhile in life is filled with the full scope of human experience. We may feel hurt and be hurt at times. But when we survey the wholeness of our lives we find that there’s no good thing without a bit of unpleasantness. That’s how the universe works. Often, we only focus on the unpleasant aspects and can complain and moan about them. Our dream lives, in reality, are often messy when they actually play out.

But, unlike your dream life, your real life is much better. It’s better because it’s real. It doesn’t just exist in your mind. Instead, it exists in thousands of moments strung together by this thing we call time. If it were possible to trace the string of time back to when we were younger, we would probably gape in disbelief at how fortunate we are to be where we are. It’s only from the vantage of the dreamer that the unrealized aspirations are truly held in their magical glory. When we achieve those dreams, it’s easy to forget we ever dreamt or wanted them at all.

One of the most useful exercises I’ve come across is called negative visualization, and I was introduced to it in a remarkable book about stoic philosophy. It’s the idea that we should all spend time considering what it would be like if the things in our lives today had vanished. Imagine, if you will, that your wife had left you. Imagine that your son had just died. Imagine that your boss had just fired you. Imagine that all of the blessings and things in your life that you take for granted each day were simply gone.

Every moment we forget that we’re living our dream lives is just one more moment that we spend asleep, oblivious to the world around us and not seeing things as they truly are. Because when we do there’s just one response: an immense feeling of gratitude for all that is and all that will be.

One thought on “You’re Already Living Your Dream Life”